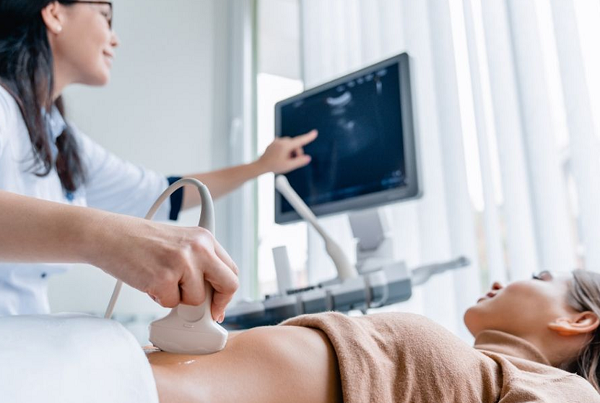 Ultrasounds are generally painless and do not require any needles or cuts. The ultrasound device, known as a transducer, simply rubs against the patient's skin over the area being examined. High-frequency sound waves are transmitted from the probe through the gel into the body, where they are collected by the transducer. A computer then uses those sound waves to generate an image, which is then displayed on a screen. Ultrasounds, unlike other screening procedures, do not use radiation and instead rely on sound waves and echoes to produce images known as sonograms. As a result, patients are not exposed to ionizing radiation, making the procedure safer than X-rays and CT scans.